Just over twelve months ago I picked up an Amazon Fire TV with the plan to release a few games onto it. I though it would be fun to play the Alphaworks retro style titles on the big screen.

Well that was November 2019 and until now I haven’t spent much time with the Fire TV at all. In fact I only set it up to test that it worked and put it back in the box. But in September 2020 I needed to update some of my Fire tablet apps so spent sometime getting back into the Android ecosystem again.

Skip ahead almost half a year and I started playing around with the Fire TV, in fact I converted a game that I wrote 13 years ago for the Windows PC and to my surprise the conversion process worked extremely well, so well that tonight I had the game fully playable on the big screen and using the Fire TV remote as a controller.

Lunar Lander, my take on the classic game from the 70’s and originally written for the Windows PC and released to celebrate the 40th anniversary of the moon landing in 1969. The game is a simple easy to play retro style which allows you to attempt a number of different landings (pads) before you run out of fuel.

Using the Fire TV remote as a controller you can guid your Lunar Lander craft to one of three safe landing pads, but remember not to land too fast or you’ll crash. This limited fuel you need to see how many times you can land successfully and how many points you are able to score.

Before I submit for release via the Amazon App store I’ll need to do more testing, and more importantly add a few new features.

The official release of Sky Invaders for iOS occurred on 20th October 2011, followed in 2012 with versions for Android and Windows Phone (remember those).

My expectations were low, and I told myself that I’d learn to code mobile platforms and see if I can get a game published. I didn’t aim that high, but what I learnt was much more than coding a game.

So with the 9th anniversary just around the corner, I thought it was time to reflect on the three biggest lessons I learnt.

Sky Invaders started as a simple alien invaders type of game, inspired, by countless arcade games from the late 1970s and early 1980s and the initial release followed the Nolan Bushnell design theory “a game should be simple to play, but hard to master”.

Gamers of a certain age seem to love the retro feel and repetitive gameplay (casual gaming), and we received plenty of lovely comments and feedback.

Then, somewhere around the release of v2, I thought I should make significant design changes, add levels, change the invaders. These changes, I thought, would make the game even more fun, but it turned out not to be so.

The element of easy to play and hard to master had been lost, and the type of feedback we received indicated that the fun had gone. No longer was the game a simple pick and play and then leave kind of game but it had turned into something that required more focus, more time and this wasn’t what the users wanted.

The lesson I learnt here was to remember the original concept, the initial goal and think that you have to add, change and re-engineer a working product continually.

Yes, enhance the game, improve the gameplay but don’t lose focus on the original goal.

Within days of the initial release, everything was going well. People were downloading the games, and I’d received some excellent feedback, but then an issue was reported.

It appears that in the higher levels of the game the invaders started behaving erratically. Not following the design patterns, but instead skipping all over the screen.

It was a bug which turned out not to be that big of a problem to fix, but it meant that version 1.1 would need be to released ASAP. So a mere 15 days after the initial release the bug fix went live.

So what was the lesson? Insufficient playtesting. I didn’t get the game into the hands of enough games before release and this ultimately impacted reviews.

While at the time I hadn’t learnt the lesson, but given time and another couple of examples like the one with an advert sticking to the screen covering game controls, I got the message.

After my first game was published, I immediately started on game two and three; I pushed those out into the app stores. All the while still working on bugs and enhancements with Sky Invaders.

Trying flip between code bases, for iOS, Android and Windows Phone all within a short period meant that all three platforms and both games suffered from a lack of focus.

It became all hard to manage the codebase. Features implemented in one platform and not others, and areas such as marketing and communication were all forgotten.

I was on a roll, basically caught up in the excitement of publishing yet another game that I ended up doing an average job on the next couple of games I released.

So the lesson learnt here was don’t spread yourself too thin. It’s better to do one thing really well than multple things averagely.

The start of 2020 has been hugely productive, first, we released Batty for the Mac which had been a work in progress for a number of years but shelved due to other more pressing development and now we’ve released Planetoids for the Mac which has been out for a couple of weeks now and being downloaded all over the world.

This week we release a major update for Planetoids for iOS, where we have incorporated all the new designs from the Mac release plus a few extras just for mobile users.

It’s been far too long but over the past couple of months I’ve been working away on a new version of Batty for the Mac. Originally released a few years ago for Android phones this new version has been completely rewritten from the ground up.

Batty is about 90% complete, runs fast and has been tested on a number of different Macs and monitor sizes.

UPDATE!!!
Batty for MacOS has now been released.

Six years after I release Sky Invaders for the iPhone and some 75,000 downloads later including a strong following with the Macintosh version released late 2017 work has started on a HTML5 version. Alphaworks has been a long time supporter of the Windows Phones since version 7.0 and has released a number of games including the smash hit Sky Invaders which has been popular around the world for the past four years and while I have really enjoyed creating for this platform it would now appear the end is here.

Well, I suppose it’s kind of official now (based on an article on the BBC Technology site) that Microsoft is giving up on Windows 10 phones. I know this won’t come as a surprise to anyone who has been using a Windows 10 Phone as the rumors have been circulating for well over a year now and finding handset has become increasingly harder in recent months.

Earlier this year I started working on another Windows Phone title, a remake of the all-time classic game of Snake but unfortunately, it’s not quite complete as yet. With a little luck, I’ll try to get this out by Christmas so anyone interested can download and enjoy for free the last Alphaworks Windows Phone game.

If you haven’t already downloaded our WIndows Phone games this might be a good opportunity to do so. Click Here for more details. There is no way I would have thought way back in 1987 when I first designed and manufactured cartridge boards for the Commodore 64 that 30 years later the very last revision three 8K boards would be sold.

It’s hard to imagine that there is still such great interest in a 35-year-old computer and that people in 2017 would be making games and putting them cartridge format, but they still are.

While the cartridge board and design changed a little over time, the latest revision three board designed in 2003 was by far the most popular.

While revision three boards are still readily available through various distributors in the UK, USA, and Australia, Alphaworks will no longer be making them.

So congratulations Max B. on being the proud owner of the very last genuine Alphaworks c64 cartridge board. Alphaworks 8K cartridge board for the Commodore 64. 30 years of production. I had an hour free the other day so decided to create a simple Task List application for Windows which I could leave open all the time (small in size) and that would allow me to add tasks, show that they were completed and remove them it required.

If I get an hour free I’ll add the ability to email the list or print it out.

Version 1.0 is now available for free and can be downloaded here. Sky Invaders has made it’s way to yet another platform, this time its been release for the Macintosh and is freely available via the link at the bottom of this post.

While I’ve been busy for a few weeks now converting Sky Invaders for the iOS making it 64bit compliant in readiness for the upcoming iOS11 release in September I took the opportunity to move the code over to the Mac and release Alphaworks first Mac game.

My oldest mobile app Sky Invaders turns five in October (having first being released for the iPhone on the 12th October 2012) and since that time I’ve been able to release the Sky Invaders on Android and Windows Phone (yes, Windows Phone).

In the past five years Sky Invaders has been downloaded approximately 40,000 times from game players in 192 countries which is simply mind-blowing to me. Now the iOS version really hasn’t been touched since October 2012, the same code has been in place and working well since the very beginning but it our time for change or as Apple puts “your 32 bit app will no longer work once iOS 11 is release later this year”.

over the past few weeks I’ve been getting familiar with the original source code again, and while I made comments in the code and it was easy to see what each function and procedure does I was amazed just how much I’ve changed in the way I now code (much cleaner than five years ago).

So I now have a choice to make while taking Sky Invaders 32 bit and making it 64 bit for iOS 11. Should I keep the code the same or should I make some changes,improve areas of the code and tidy up?

Part of me wants to just re-compile and move on but another part wants to re-write. What I’ll do I’m not sure but I’ve got a couple of weeks to decide so we’ll have to wait and see. 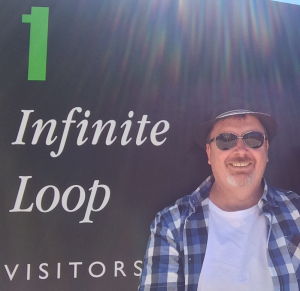 Alphaworks was founded in November 1999 as a technology consulting firm based in Brisbane Australia.

Although Alphaworks is now in its 21st year our work with software dates back to 1982 where home computers and consoles such as Commodore and Atari were kings. In those bygone days, I traded under the various names such as Rebel Software, Entertainment Software and Southern Star.

Since 2010, we have focused on developing simple, fun and entertaining games for the new mobile platforms, having released titles for Apple’s iOS (iPad/iPhone), Google’s Android and Microsoft Windows Phone (RIP).